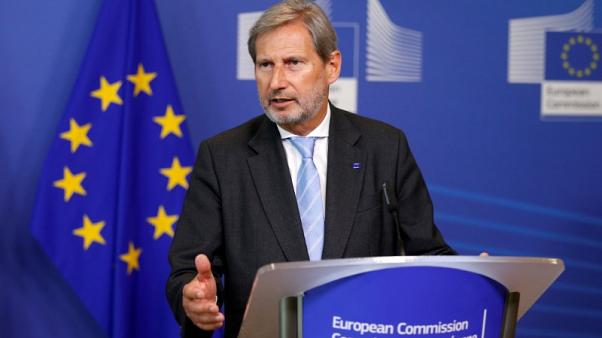 VIENNA (Reuters) - The European Union is increasingly willing to consider Western Balkan states joining the bloc, which could help ensure peace in the region while enriching the EU itself, the bloc’s integration commissioner said.

“There is more willingness among (EU) member states to address an enlargement (than a year ago),” Johannes Hahn told Austrian daily Wiener Zeitung in an interview published on Tuesday.

Albania, Macedonia, Montenegro and Serbia are official candidates for EU membership while Bosnia and Kosovo are seeking the same status. The EU sees the region as important for issues from controlling immigration to countering security threats ranging from alleged interference of Russia to radical Islam.

Member states have realized that “peace could be achieved in the Balkans and that the perspective of joining the EU is vital for it,” Hahn said.

The Western Balkans and its 20 million people who are keen on developing their prosperity were a very attractive market for the bloc, Hahn said, adding “that a new member state is not a burden but an enrichment”.

The commissioner said he did not support the idea of a multi speed Europe as this would lead to member states drifting apart. Instead, every effort should be made to enable weaker states to catch up to strengthen the European Union, he said.