Euro zone agrees Greece can get next loan tranche, cash for bank recap 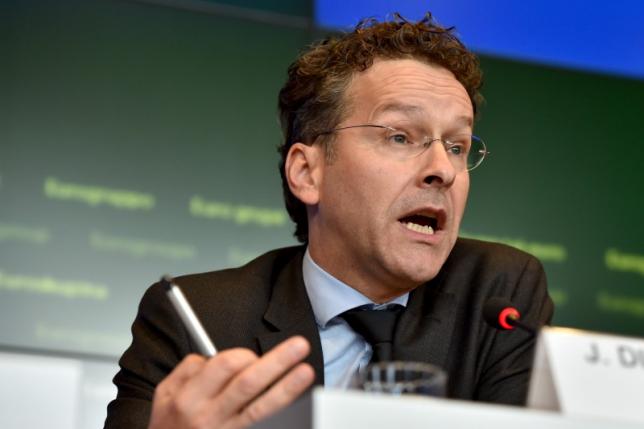 Euro zone agrees Greece can get next loan tranche, cash for bank recap

BRUSSELS - Greece has done all the reforms in the a first package of measures agreed with euro zone creditors, which paves the way for Athens to get the next tranche of loans, the head of euro zone finance ministers Jeroen Dijsselbloem said. Greece is getting very cheap loans form the euro zone bailout fund ESM under its third bailout agreement in exchange for putting its public finances in order and reforming the economy to make it more efficient and competitive. Euro zone deputy finance ministers (EWG) reviewed on Saturday the progress made by Athens in the reforms. "On the basis of a final compliance notice... the EWG agreed that the Greek authorities have now completed the first set of milestones and the financial sector measures that are essential for a successful recapitalisation process," Dijsselbloem said. "The agreement paves the way for the formal approval by the ESM Board of Directors on Monday 23 November of disbursing the 2 billion euro sub-tranche linked to the first set of milestones," he said. He said that it will also allow the ESM to make case by case decisions to transfer money to Greece for the recapitalisation of the Greek banking sector. The ESM already has 10 billion euro earmarked for this purpose and the capital needs of Greek banks from the euro zone are estimated at between six and nine billion, one euro zone official said on Friday. -Reuters