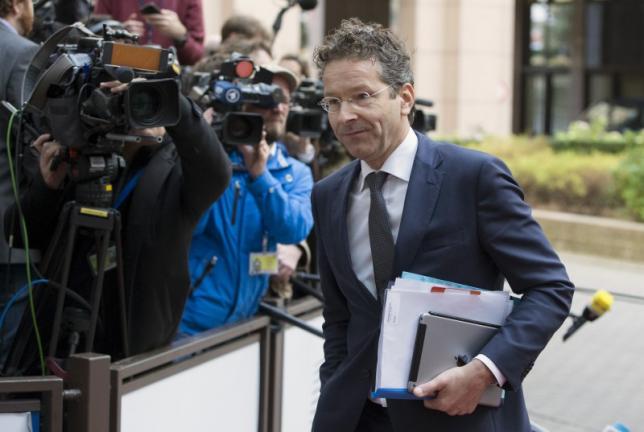 BRUSSELS - Greece and its euro zone creditors have reached an agreement on many issues in the reform programme that Athens is implementing in return for loans, the head of euro zone finance ministers Jeroen Dijsselbloem said in a statement on Sunday. Greece needs a positive review of its reform progress from the euro zone to get the next, 2 billion euro (1.41 billion pounds) tranche of loans as well as up to 10 billion euros for the recapitalisation of its banks. But talks, which should have been completed by the middle of October, have stalled because of differences over details of a foreclosures law. "I welcome that good progress has been made between the Greek authorities and the institutions in the discussions on the measures included in the first set of milestones and on the financial sector measures that are essential for a successful recapitalisation process," Dijsselbloem said. "Agreement has been reached on many issues," he said. He said deputy euro zone finance ministers, called the Euro Working Group (EWG) would meet on Tuesday to take stock of the situation and decide if a disbursement is possible. -Reuters