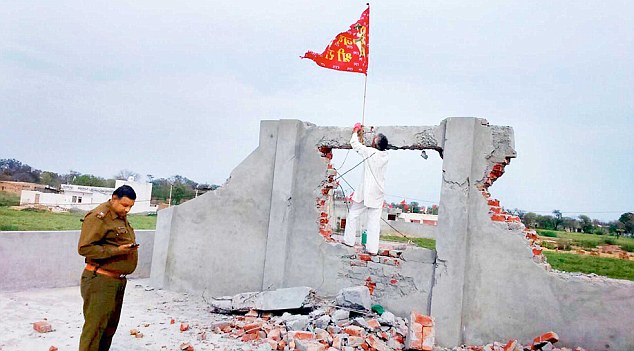 HASAR – Extremist Hindus attacked a church in the Hasar district of Hariana state in India, reducing most of the building to rubble and replacing the Cross in the church with an idol, 92 News reported on Monday. As per reports, the attack by extremist Hindus took root from the fact that several people had started leaving Hinduism for Christianity. The attackers blamed the church for preaching Christianity and replaced the cross with an idol after demolishing most of the building. Following the incident, the Christian community all over India staged several demonstrations across the country. They demanded that the culprits be brought to justice and safety and freedom to practice their religion be made sure. Police took 14 people into custody and registered a case against them. Investigations are underway into the incident. It is worth mentioning that incidents of attacking worship places of Muslims and Christian are a norm in India; incidents like the Babri masjid in 1990s. The government is often found paying no heed to the victims’ cries.  - 92 News