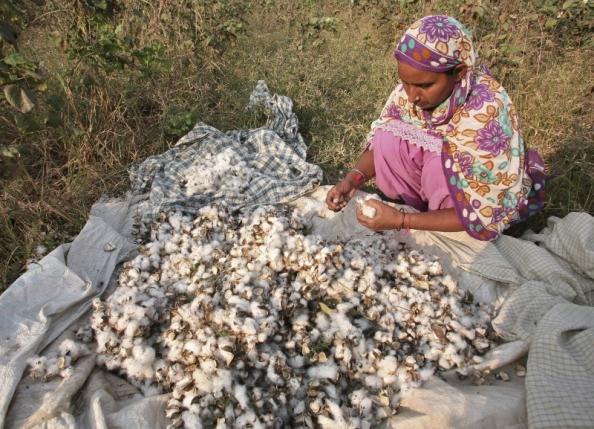 FARIDABAD - Millions of unsuspecting Indian farmers are spraying fake pesticides onto their fields, contaminating soil, cutting crop yields and putting both food security and human health at risk in the country of 1.25 billion people. The use of spurious pesticides has exacerbated losses in the genetically modified (GM) cotton crop in northern India after an attack by whitefly, a pest, say officials. If unchecked, some of India's roughly $26 billion in annual farm exports could be hit. Made secretly and given names that sometimes resemble the original, counterfeits account for up to 30 percent of the $4 billion pesticide market, according to a government-endorsed study. And they are gaining market share in what is the world's No.4 pesticide maker and sixth biggest exporter. Influential dealers in small towns peddle high-margin fake products to gullible farmers, in turn hurting established firms like Syngenta, Bayer CropScience, DuPont, BASF, PI Industries, Rallis India and Excel Crop Care. "We are illiterate farmers; we seek advice from the vendor and just spray on the crop," said Harbans Singh, a farmer in Punjab's Bathinda region, whose three-acre (1.2-hectare) GM cotton crop was damaged by whitefly this year. "It's a double loss when you see the crop wilting away and your money is spent on pesticides that don't work." But S.N. Sushil, who heads India's top pesticide testing laboratory in Faridabad, near Delhi, said farmers panic at the first sight of a pest attack. As a result, they overuse chemicals, reducing their effectiveness and raising costs. Sushil's team worked overtime after Punjab sent nearly 1,000 samples of suspect pesticides following the whitefly outbreak, finding some to be falsely labeled. Indian officials tested nearly 50,000 pesticide samples last fiscal year, finding around 3 percent of them "misbranded", Sushil said. He added the government was increasing inspections and looking to increase penalties, including jail terms of up to 10 years. TOXIC RACKET Lax laws, which punish by revoking licenses or imposing short jail terms for offenders, and staffing shortages compromise efforts to track and seize substandard products. Toxic pesticides that are banned abroad continue, meanwhile, to be sold freely in India. India still permits the use of monocrotophos, a pesticide blamed for the death of 23 children in Bihar in 2013 after they ate contaminated free school lunches. That tragedy prompted the Food and Agriculture Organization (FAO) of the United Nations to advise developing countries to phase out such chemicals. "Use of excessive pesticides has been a cause for concern for quite some time," said Shyam Khadka, FAO's India representative. "Now if they turn out to be spurious it's a cause for even greater worry." Chronic exposure to pesticides can lead to depression, a factor in suicides, he said. Pesticides can also cause cancer. In recent years the European Union and Saudi Arabia temporarily stopped buying some vegetables from India after finding pesticide residues in produce. Indian officials say such cases result from the overuse of chemicals. RAPID GROWTH IN FAKES India's fake pesticide industry is expanding at 20 percent per year while the overall market is growing at 12 percent. "We know that a racket is going on," said P.K. Chakrabarty, an assistant director general of Indian Council of Agricultural Research. "But it is only when suspicion arises that people go to inspect." He also said illegal chemicals are imported "under the garb of good material", and that there was a "definite risk" of some fake pesticides being exported from India, although there was no evidence yet. "Theoretically it becomes a risk, but practically there are checks and balances," said Gantakolla Srivastava, CEO of CropLife India, an association of the top pesticide companies operating in the country. KNOCK OFFS Karnataka state authorities this month seized large stocks of "Korajen", an illegal copy of DuPont's Coragen used to kill rice pests. Police are investigating similar cases elsewhere, DuPont said. Punjab has also filed police cases against fake pesticide makers and arrested a senior official at its agriculture university for allowing the sale of counterfeits. Apart from counterfeiting, India is also grappling with rising cases of unmonitored chemicals passed off as herbal pesticides, said Srivastava. India loses about 4 percent, or over 10 million tonnes, of food output a year due to fake pesticides, said the government-backed study. "There has been a trend of increasing consumption of (fake)products as against the regular ones," said Manish Panchal of Tata Strategic Management Group that conducted the study. "All stakeholders should be worried ... it's going to hit food security." Last year spurious fungicides cut apple production in Jammu & Kashmir state, while farming lobbyists have linked recent farmer suicides in Odisha to fake pesticides. Some producers say they have been wrongly targeted by government laboratories. Coromandel Agrico, for example, was accused of selling falsely labeled products. Tests that found it selling pesticides in incorrect dosages were inaccurate, said Vipin Bisht, the company's regulatory affairs officer. "We will not take the risk of selling sub-standard products," Bisht said. "The problem is at the dealer/distributor level. Similar sounding products are made, mixed, sold." -Reuters