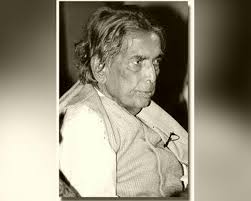 LAHORE (92 News) – Famous Urdu poet Kaifi Azmi is being remembered on his death anniversary today (Tuesday). Kaifi Azmi was born as Syed Athar Hussain Rizvi into a family of landlords in the small village Mejwaan, in the district of Azamgarh, Uttar Pradesh on January 19, 1919. At age eleven, Kaifi Azmi wrote his first ghazal. Kaifi’s first collection of poems, Jhankar was published in 1943. Some of his other anthologies of Urdu poems are: Aaakhri Shub, Sarmaya, Awara Sijday, Kaifiyat, Nai Gulistaan. Some of Kaifi’s best poems are: Aurat, Makaan, Daaera, Saanp, Bahrupni. The first movie for which he wrote lyrics was “Buzdil”, released in 1952. As a ghazal writer, Kaifi Azmi used a lot of romance and love in his poetry. But as he evolved into much more serious forms of writing, he started to write on the disturbances in the society and what the common man was going through. He won many awards and also tried his hand at films and acting.