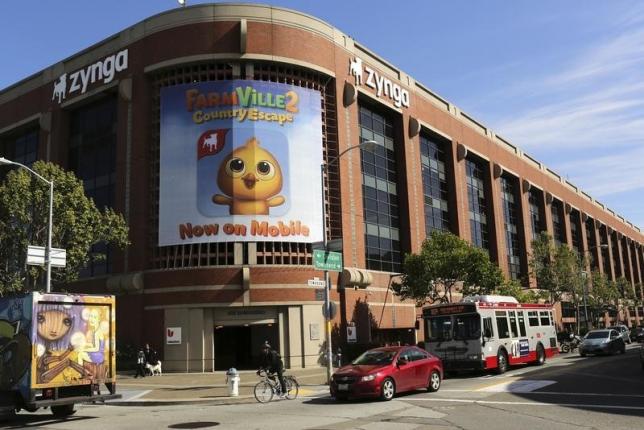 CALIFORNIA - "FarmVille" game maker Zynga Inc said Chief Financial Officer David Lee was stepping down and Chief Accounting Officer Michelle Quejado was taking over as interim CFO. Zynga also said that it would delay the launch of its "Dawn of Titans" and "CSR2" games to 2016 from the fourth quarter planned earlier. Lee, who joined Zynga from Best Buy Co Inc in April last year, will leave the gaming company in December. The company also reported bookings of $176 million for the third quarter, beating the average analyst estimate of $170.8 million, according to research firm FactSet StreetAccount. However, Zynga forecast bookings of $165 million-$180 million for the current quarter, well below analysts' expectations of $193.9 million. Bookings equal revenue recognized in a period plus the change in deferred revenue. Zynga records the sale of virtual goods and downloads as deferred revenue, which is added to the company's books as and when these items are consumed. The company also said it would buy back up to $200 million in shares. Zynga's revenue rose 10.8 percent to $195.7 million in the quarter ended Sept. 30, driven by the success of games such as "Wizard of Oz Slots" and "Words With Friends". It posted a profit of $3.1 million, or breakeven per share, compared with a loss of $57.1 million, or 6 cents per share, a year earlier. -Reuters