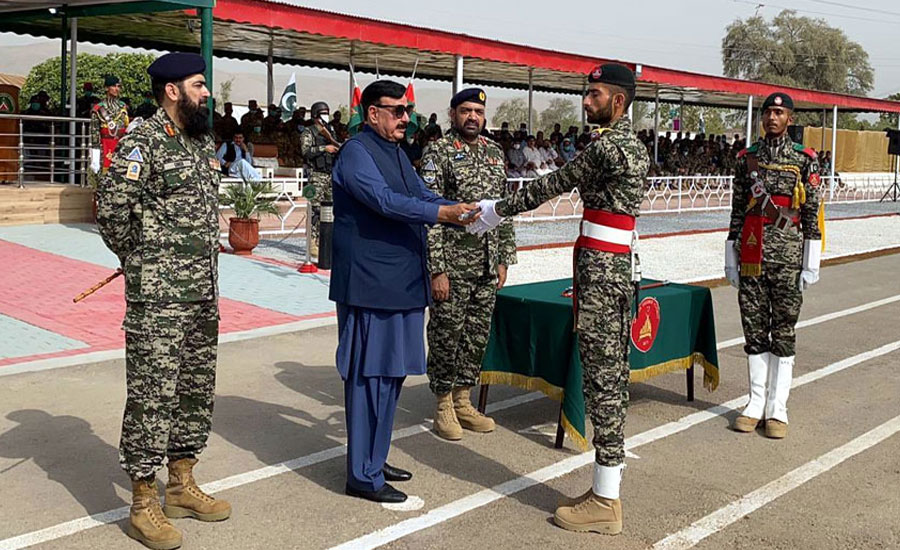 The Interior Minister also paid tribute to the martyrs. He said Frontier Corps (South) has a very important role in establishment of peace in the country.