This was announced during a press briefing by Prime Minister’s Special Assistant on Information and Broadcasting Dr Firdous Ashiq Awan after the federal cabinet meeting in Islamabad on Tuesday. 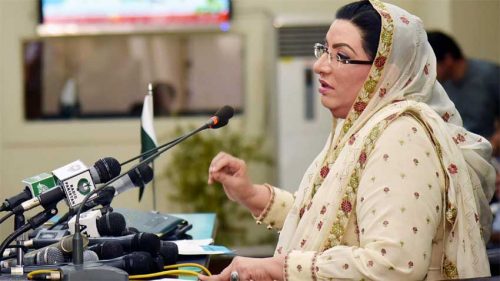 Fridous Ashiq Awan said under the program, a youth can get loan from 100,000 to five million rupees in two categories. She said under the first category banks will provide loan upto 500,000 rupees at six per cent mark-up with lending equity of 10 per cent of the amount applied.

Under the second category, an applicant can get loan up to five million rupees at a mark-up of eight per cent and equity ratio of 20 per cent, she added.

25% of loan will be granted to women

The special assistant said that 25 per cent of the loan will be granted to women to make youth self-employee to control inflation and joblessness. She said Minister for Federal Education and Professional Training gave a detailed and comprehensive briefing on new education policy.

She said the policy will be developed under the mandate of the federal government and necessary assistance and facilitation will be provided to provinces for its implementation.

Fridous Ashiq Awan said the cabinet also pondered upon the rupee depreciation and its impact on inflation. The cabinet was informed that Prime Minister’s Advisor on Finance Dr Abdul Hafeez Shaikh will unveil a long term economic plan on Saturday.