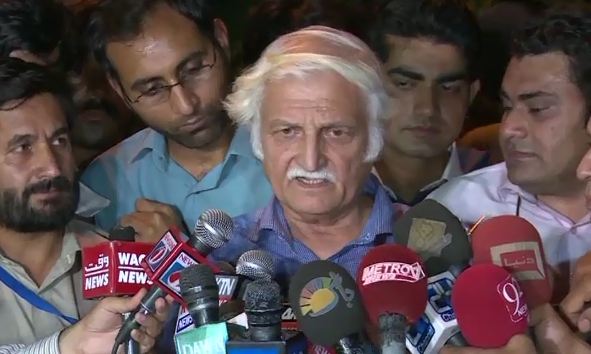 Babar said that the central government should not have taken such decision.

On the other hand, the Sindh government has started consultation pertaining to challenging federal government’s decision in the court, while the Chief Minister Sindh Syed Qaim Ali Shah has called on an important meeting for legal consultation.

ISLAMABAD (92 News) - Special Assistant to the Prime Minister on National Security Division Dr Moeed Yusuf has said that Pakistan is looking forward to having bilateral relations with the new US administration, which is built around fresh conversations.

ISLAMABAD (92 News) - The Pakistan Muslim League-N (PML-N) has decided to participate in the upcoming Senate elections and political activities in the parliament.

Opp tried to embroil us in foreign funding case but have got themselves entangled: PM

ISLAMABAD (92 News) – Prime Minister Imran Khan has said that the opposition the opposition tried to embroil us in the foreign funding case but have got themselves entangled.

ISLAMABAD (92 News) – The Sindh government on Monday has opposed the presidential reference seeking opinion of the Supreme Court about holding Senate elections with open ballot.