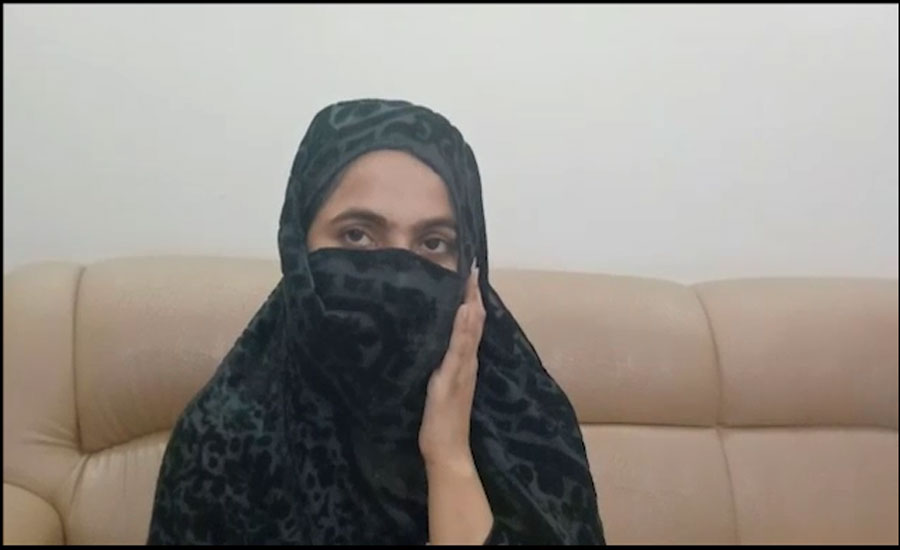 ARIFWALA (92 News) - A female beautician was sexually assaulted allegedly by five people who took her to an outhouse pretending for make up of a bride the other day. The medical report confirmed the rape assault. Police investigations showed that suspect Shabbir and his accomplices picked the woman from her Muzaffarabad residence pretending that they are taking her for make up of a bride. The suspects locked the girl in a room at an outhouse in Ghulam Muhammad Town and raped her individually. The suspects also made video clips of the rape scenes and warned of placing the videos on social media if she intended to approach police. Police registered a case against two nominated suspects and three unidentified men and launched investigation.

KARACHI (92 News) - Angered residents of Essa Nagri in Karachi protested against the alleged rape of a minor girl on Tuesday.

DUBAI (Reuters) - The United Arab Emirates has selected the first Arab woman to train as an astronaut, as the Gulf country rapidly expands into the space sector to diversify its economy.

MEXICO CITY (Reuters) - Scuffles broke out between rival protesters in the southern Mexican city of Iguala on Wednesday amid growing anger over President Andres Manuel Lopez Obrador’s backing of a gubernatorial candidate accused of rape.

CANBERRA (Reuters) - Australia’s Prime Minister Scott Morrison apologised on Tuesday to a woman who alleged she was raped in the country’s parliament by an unnamed colleague, and promised a thorough investigation into the government’s workplace culture.

KARACHI (92 News) - Two men were arrested on charges of raping and murdering a 10-year-old boy in Karachi’s Gulberg on Tuesday.

RAWALPINDI (92 News) – A 55-year-old woman was injured due to unprovoked Indian firing in Hotspring Sector along the Line of Control (LOC) on Thursday.