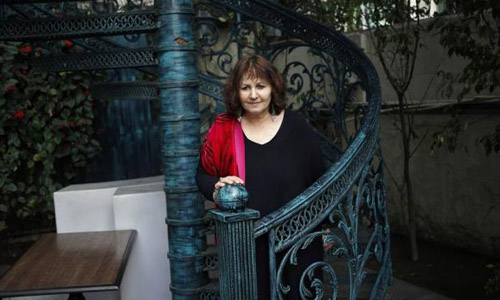 NEW DELHI (Reuters) - A documentary film about the fatal gang rape of a woman in New Delhi in 2012 has been banned in India over concerns that derogatory comments made by one of the rapists could create an atmosphere of fear and tension, a police official said. Leslee Udwin's "India's Daughter" features conversations with Mukesh Singh and fellow convicts who raped and tortured a 23-year-old woman on a moving bus in December 2012, sparking nationwide protests and forcing India to toughen anti-rape laws. Comments released to the media this week showed that in the film, Singh blames the victim for the crime and resisting rape. He also says women are more responsible than men for rapes. "A court has passed (an) order prohibiting the publication and transmission of the interview till further orders," said Rajan Bhagat, a spokesman for Delhi Police. "He (Mukesh) had made offensive and derogatory remarks against women, creating an atmosphere of fear and tension with the possibility of public outcry." Singh's comments in "India's Daughter" have grabbed headlines in Indian newspapers and sparked outrage on social media. The film had been scheduled to premiere in India and several countries such as Britain and Denmark on March 8 on International Women's Day. Udwin, a rape victim herself, said the film would be released worldwide as planned. "I am deeply saddened by this ban, this is not reasoned behaviour," Udwin told Reuters on Wednesday, adding she would never agree to cutting the about nine-minute footage of Singh's interview in the documentary. The rape victim's parents support the film, she said. Udwin, producer of the 1999 British cult comedy "East is East" and its sequel, said she was inspired to make the film after watching thousands of people taking to the streets across India in protest against the Delhi gang rape. The British filmmaker worked with an Indian journalist for two years to film the hour-long documentary, culled from 31 hours of interviews with the rapists in Delhi's Tihar Jail, South Asia's largest prison complex. Four men including Singh were sentenced to death, but their execution was later stayed on appeal by India's Supreme Court. One of the defendants hanged himself in prison, while another, who was under 18 at the time of the attack, was sentenced to three years in juvenile detention. A rape is reported on average every 21 minutes in India while acid attacks, domestic violence and molestation are common.