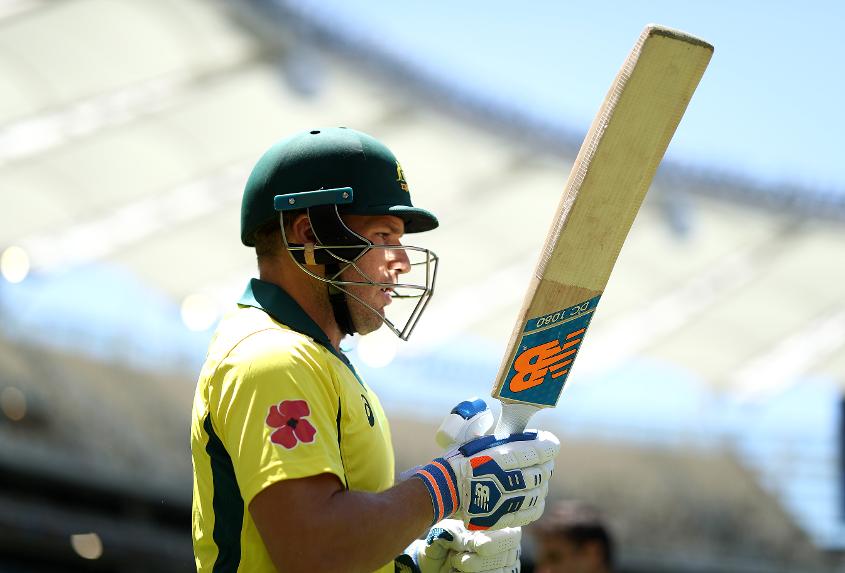 April 1, 2019
DUBAI (92 News) - Australian captain Aaron Finch has gained 12 slots to reach the joint-ninth position in the latest MRF Tyres ICC Men’s ODI Player Rankings for batsmen.
Australia captain Aaron Finch has moved into the top 10 of the MRF Tyres ICC Men’s ODI Player Rankings after a superb run in the series against Pakistan which his side won 5-0 to bolster its confidence just two months before the ICC Men’s Cricket World Cup 2019.

"It was probably my most consistent series as a player, as a batter" – Australia captain @AaronFinch5 was delighted after the #PAKvAUS ODI series. REACTION ⬇️https://t.co/08y2OKICTopic.twitter.com/TrxcaKaVyk

The 32-year-old’s player of the series effort of 451 runs, with two centuries and at an average of 112.75, has seen him gain 12 slots to reach joint-ninth position, even as his other team-mates too made important gains in the list of batsmen with memorable efforts in the five-match series in the United Arab Emirates. Finch’s opening partner Usman Khawaja has gained six slots to reach 19th position after scoring 272 runs in the series while Glenn Maxwell has advanced 10 places to reach 23rdplace with 258 runs. Shaun Marsh has gained three slots to reach 44th after an aggregate of 182 runs. Among their bowlers, leg-spinner Adam Zampa (up from 49th to 45th) and fast bowler Nathan Coulter-Nile (up from 60th to 49th) have reaped the rewards of taking seven wickets each in the series while Jhye Richardson (up from 47th to 38th) is another one to move up.

Australia are on a roll! 🇦🇺🏆 Are they now one of the favourites to win #CWC19?#PAKvAUS#ShotOfTheDaypic.twitter.com/BTqc0OVz5P

For Pakistan, Imad Wasim has made huge gains after scoring 141 runs in the series and taking three wickets. The left-hander, who led his side in the last two matches after Shoaib Malik had to withdraw due to an injury, has gained 16 places to reach 68th among batsmen, advanced seven places to reach 37th in the list of bowlers and moved from 16thto joint-sixth among all-rounders along with West Indies captain Jason Holder. Others to advance for Pakistan include Haris Sohail (up 33 places to 58th) and Mohammad Rizwan (up 45 places to 101st) among batsmen and Yasir Shah (up four places to 62nd) and Faheem Ashraf (up nine places to 70th) among bowlers. There has been no change of positions in the MRF Tyres ICC Men’s ODI Team Rankingsbut Australia have increased the gap over Pakistan from one to 11 points. *The Netherlands (eight points from six matches) will qualify for a full ranking after playing two more matches. (Developed by David Kendix)

What a series it was for @AaronFinch5 - 451 runs at an average of 112.75 - the most by an Australian in a five-match ODI series! He is deservedly named the Player of the Series! 👏 #PAKvAUSpic.twitter.com/jYWNxfObwp