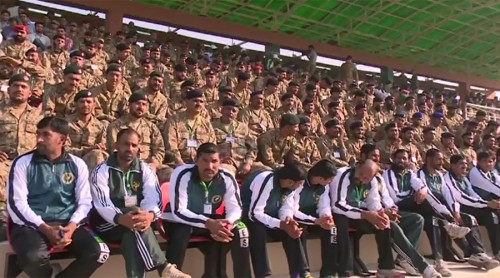 The band of Rangers played tunes while thousands of pigeons and balloons were also released during the opening ceremony of the event.

The teams from ten countries will be competing in the event which would continue for six days, while the army teams from four countries are participating as an observer.