LAHORE (92 News) – The unveiling ceremony of the first set of bogies of Lahore Orange Line Metro Train (OMT) was held at Dera Gujran in Lahore on Sunday.

Addressing the ceremony, the Punjab CM said that Orange Line Project will provide modern, safe, swift and affordable transport facilities to the commuters after its completion.

He said two hundred and fifty thousand commuters will travel via Orange Line train daily in the provincial metropolis.

Shehbaz Sharif went on to say that a distance of 27 kilometer from Darogawala to Thokar Niaz Baig will be covered in 45 minutes.

The Punjab CM pointed out that despite of conspiracies against the development projects the journey of progress and prosperity will continue successfully. 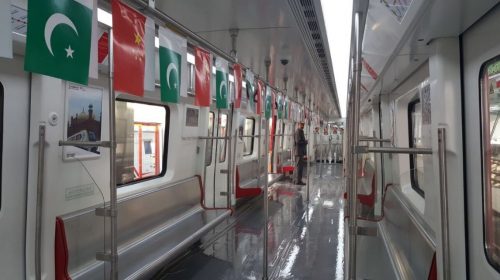