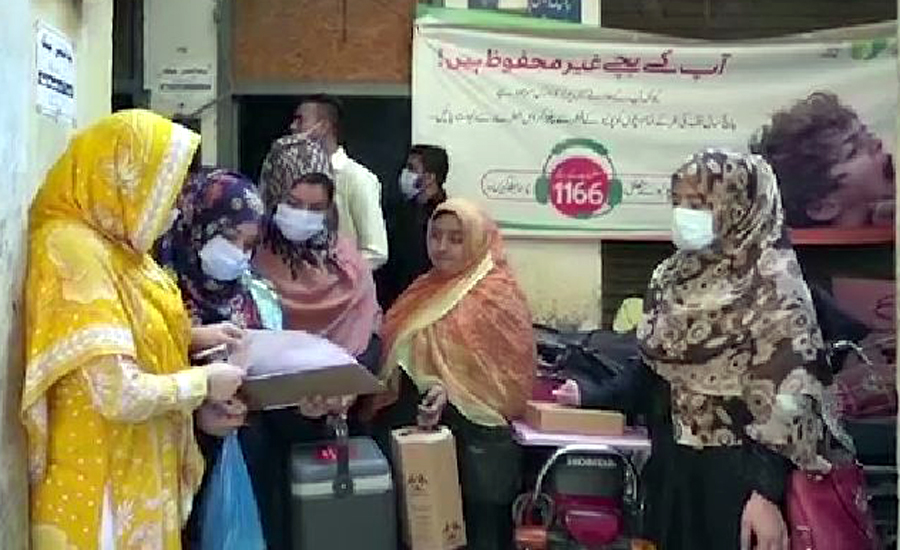 ISLAMABAD (92 News) – The five-day anti-polio campaign continued for the second day across the country.

The five-day anti-polio campaign started in 124 districts of the country on Monday.

Anti-Polio Program Coordinator Dr Shahzad Baig said that over 33,000,000 children up to five years are being vaccinated and 223,000 frontline workers are participating in the drive.

The Anti-Polio Program coordinator said that the campaign was also underway in Islamabad and two districts of Azad Jammu and Kashmir. He said that the drive would enhance immunity of children.

He appealed to the people to cooperate with the frontline workers to make the campaign successful. He said that parents should administer the vaccine to the children to protect from disability.

On Monday, Prime Minister Imran Khan inaugurated the National Anti-Polio drive here with a goal to rid the country of crippling disease. The prime minister inaugurated the drive by administering the drops of anti-polio vaccine to children aging below five years, at his Office.

PM @ImranKhanPTI Kickstarted #NationalPolioCampaign by administering polio vaccine to a child in Islamabad.

Due to effective policy of Polio eradication, intensity & geographic scope of Polio virus transmission has declined significantly by 93%
#PolioFreePakistan#PolioFree pic.twitter.com/tYa01trTuc

The federal government has chalked out a comprehensive national emergency programme against polio, which is being carried out across the country in joint collaboration with the provinces.

Due to the efforts of the present government, only one case of polio has been reported in last one year. However, the campaign has been launched at larger scale to ensure access to all children in the country.