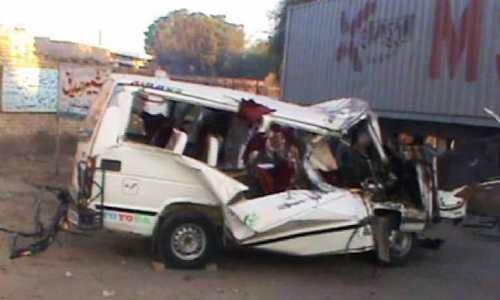 CHAKWAL (92 News) – Five people were killed and 10 others injured in a collision between a van and trailer on the Motorway near Chakwal on Tuesday. Meanwhile, two people burnt alive when a parked trailer caught fire in Jhang.