DHAKA (92 News) – The inclusion of uncapped Abu Jayed was the major talking point as Bangladesh became the fourth team to announce their squad for the ICC Men’s Cricket World Cup 2019.

From the abundance of all-rounders to the opening conundrum, we take a look at some of the major talking points following the squad announcement on Tuesday, 16 April. 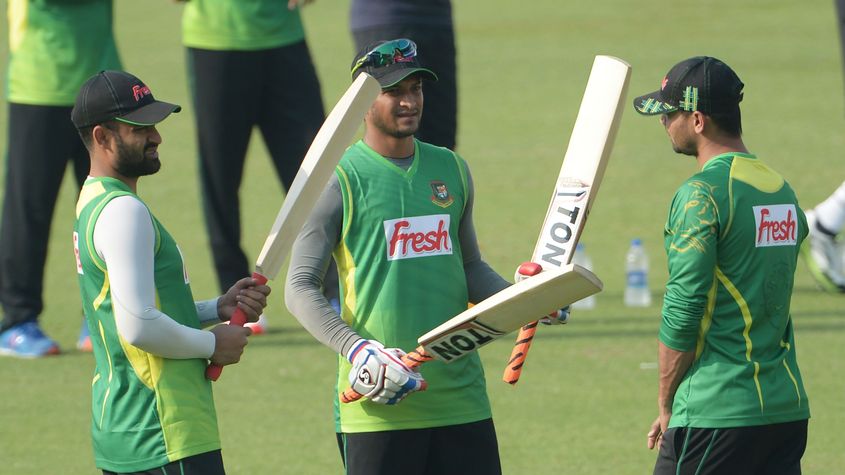 Tamim Iqbal, Shakib Al Hasan, Mashrafe Mortaza and Mushfiqur Rahim (not in picture) will hope to inspire the next generation of Bangladesh players

Mashrafe Mortaza, Shakib Al Hasan, Tamim Iqbal and Mushfiqur Rahim form the pillars of Bangladesh’s squad, and have done so for a long time.

To put things in perspective, each of the four players made sizeable contributions in one of Bangladesh’s most iconic moments when they defeated India in the ICC Men’s Cricket World Cup 2007 pool stage game in Port of Spain to knock them out of the tournament.

Each of the four has played between 189 and 205 one-day internationals, and carries heaps of experience, covering all disciplines – batting, spin bowling, seam bowling and wicket-keeping – between them. Their performances could go a long way in determining the team’s fortunes at the event.

The opening pair has been an area of concern for Bangladesh. While Tamim is a guaranteed started, the toss-up to join him at the top is between Soumya Sarkar and Liton Das.

Both batsmen have intermittently held the role, but neither has been able to pin his spot down. With 771 runs from 24 innings at an average of 36.71 at that position since the 2015 World Cup, Sarkar has done reasonably well. But he seems to be a better fit at No. 3, from where he has averaged 41.66 during the same period.

Das too has shown promise, albeit sporadically. His 121 against India in the Asia Cup 2018 final is his only century as an opener or otherwise. He continued to open during the New Zealand tour but managed to score just one in each of the three innings.

Four of the top six ODI wicket-takers since the 2015 World Cup are wrist-spinners, and teams have since rushed to try and groom bowlers of that discipline, but Bangladesh have stuck to the finger-spinners.

None of their front-line bowlers specialise in the art, part-timer Sabbir Rahman being the only squad member who bowls leg-spin.

In the most recent ODI series in England, when the hosts played India in three ODIs, the top two wicket-takers were Kuldeep Yadav and Adil Rashid, both wrist-spinners. Bangladesh, however, do have talented spinners in Shakib and Mehidy. It will be interesting to see how they fare.

Good coverage in the pace department 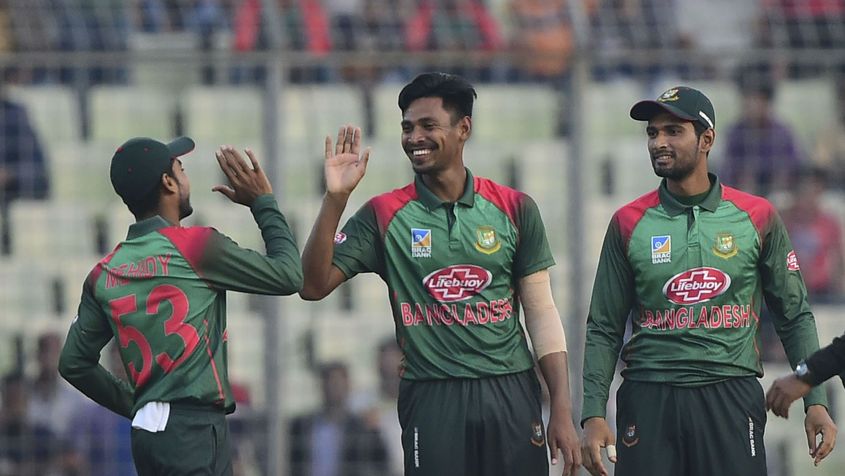 With the inclusion of the uncapped Jayed, Bangladesh have a total of five players whose primary role is seam bowling: Mortaza, Rubel Hossain, Mustafizur Rahman and Mohammad Saifuddin being the others.

Naturally that gives Bangladesh a lot of variety. However, they will hope that Mustafizur Rahman, who has had some fitness concerns in the lead up to the squad announcement, is healthy through the course of the tournament as he’s the only left-armer from the lot. Also, his variations have gotten the better of fine batsmen in the past and that could come in handy later in the tournament on slightly worn out pitches.

Jayed and Hossain can swing the ball, while Mortaza’s medium pace comes in handy during the middle overs to build pressure by containing batsmen with accuracy. Saifuddin has been a reliable bowler at the domestic level, but is yet to perform at full potential in the international arena. 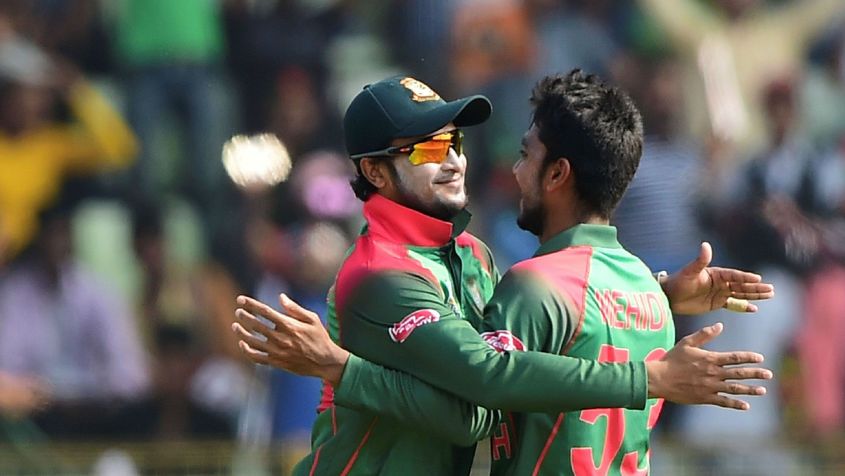 The presence of so many multi-skilled players, including Mushfiqur and Liton who also keep wickets, lends an element of depth to the Bangladesh unit.