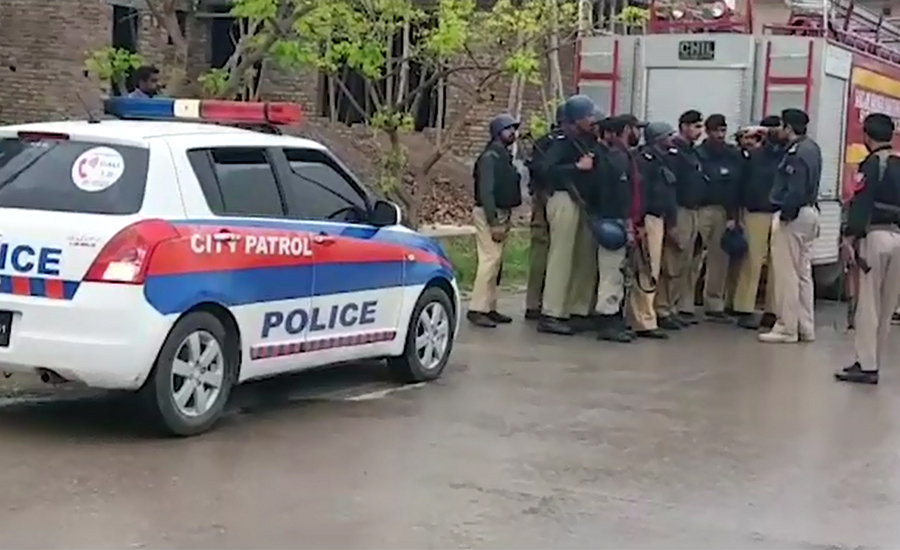 PESHAWAR (92 News) – Five terrorists were killed while an assistant sub-inspector (ASI) was martyred in an operation in Hayatabad area on Tuesday.

According to a press release issued by the ISPR, Army and KP police conducted a joint Intelligence Based Operation in Hayatabad Phase VII, Peshawar against a terrorist hideout.

The operation started last night. During exchange of fire, five terrorists have been killed while ASI Qamar Alam embraced martyrdom, while an officer and a soldier were injured. Funeral prayers for Shaheed ASI Qamar Alam were offered at Peshawar. 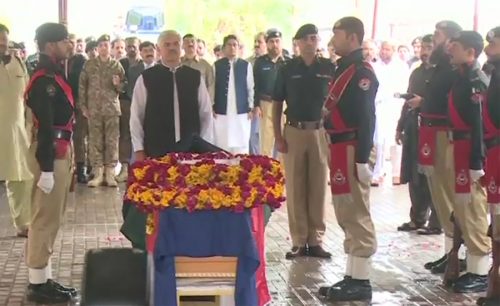 The building collapsed while detonating a bomb fitted to a bike. They also arrested the facilitator and the property dealer. They have been shifted to an unknown location for interrogation.

The police had raided the building after getting information about the presence of terrorists in the building.

SRINAGAR (Web Desk) – The families of three young Kashmiri men killed by the Indian army speak out on international media, insisting that their children were martyred in a staged gunfight.

RAWALPINDI (92 News) – Two terrorists were killed in a successful Intelligence Based Operation (IBO) in Nargosa area of South Waziristan district on Monday.

RAWALPINDI (92 News) – Two terrorists, including an IED expert, were killed in as many intelligence-based operations (IBOs) in North Waziristan on Thursday.

India backing terrorists in Pakistan, acting as spoiler in the Afghan peace: FM

ISLAMABAD (92 News) - Foreign Minister (FM) Shah Mehmood Qureshi has said India is backing terrorists in Pakistan and acting as a spoiler in the Afghan peace process.

NEW DELHI (Reuters) – Ten newborns were killed on Saturday in a massive fire at a hospital in Maharashtra, India’s richest state, a doctor said, as leading politicians expressed grief at the loss of life.

ISLAMABAD (92 News) - The Foreign Office (FO) has strongly condemned the use of Afghan soil by terrorists for activities against Pakistan.