Flash floods kill at least seven in downpour near Athens 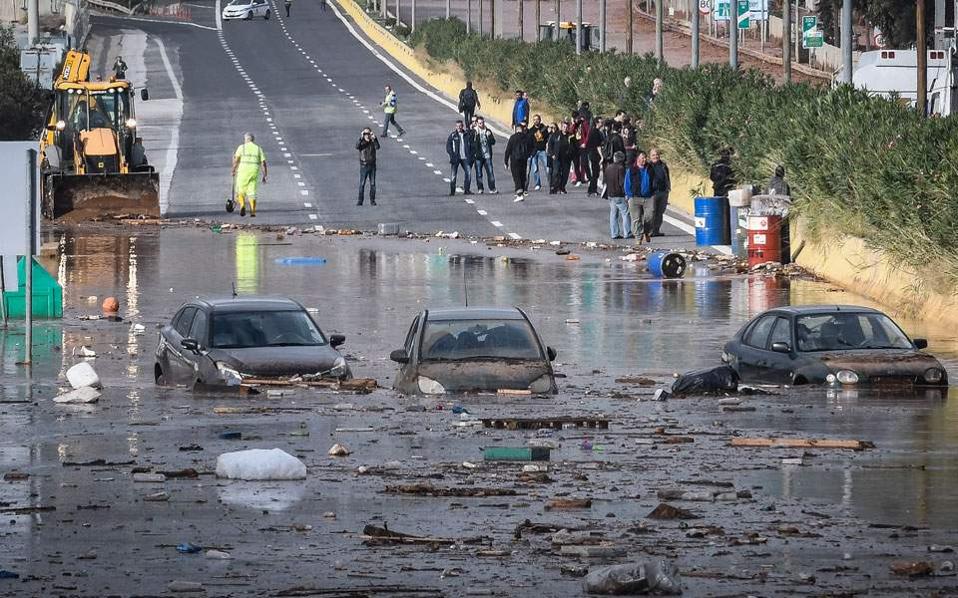 MANDRA (Reuters) - At least seven people died in flash floods which hit Greece on Wednesday, authorities said, as a raging torrent swept through towns west of Athens after heavy rains.

Roads in the industrial towns of Nea Peramos and Mandra, about 27 km (17 miles) west of Athens, turned into fast-flowing rivers of mud, TV footage showed.

“This is a biblical disaster,” Mandra Mayor Yianna Krikouki told state broadcaster ERT. “Everything is gone.”

Television footage showed a motorway inundated by water, with heavy vehicles, a bus and cars stranded under more than a metre (3 feet) of water. The force of the deluge smashed through walls, and broke through road asphalt.

In Mandra, five people - two women and three men - were found dead either in their flooded homes or in allotments. Another two individuals were found floating in the sea.

Greece has had a bout of heavy rain for about a week.

The fire brigade said at least three people were missing, and an unspecified number of people injured.

Some residents were forced onto rooftops and balconies while 12 people were rescued from a bus on a bridge. The wall of a local cemetery collapsed as vehicles collided into a mangled mass onto tree trunks.

Both towns, which have a combined population of about 20,000 people, lie on the foothills of a mountain in western Attica. Many Greek housing settlements are built without taking into account town planning regulations.

Authorities received at least 500 calls for help and more than 150 firefighters with 50 vehicles were assisting in the effort. A state of emergency was declared in the west Attica region, which includes Nea Peramos and Mandra, on Wednesday. On Tuesday, Greece declared a state of emergency on the eastern island of Symi, just off the coast of Turkey, after a storm swept cars into the sea, damaged homes and cut off electricity and water supplies.