BEIJING (92 News) – Pakistan and China have reiterated their support to Afghan-led and Afghan-owned peace process in Afghanistan.

The agreement came during a meeting between Foreign Minister Shah Mehmood Qureshi and his Chinese counterpart Wang Yi in Beijing. 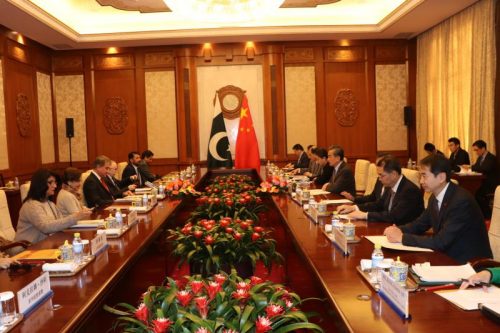 The two sides had an in-depth exchange of views on the entire spectrum of bilateral relations and regional matters including the situation in Afghanistan.

While discussing the evolving political dynamics in Afghanistan, the two sides underscored commonality of views on the matter.

The minister appreciated China’s important role in furtherance of peace and development in Afghanistan, particularly through China-Afghanistan-Pakistan Trilateral mechanism.

Expressing satisfaction at the strong bilateral partnership, the Foreign Minister Qureshi highlighted that China Pakistan Economic Corridor has added an important dimension to bilateral ties of the two countries. 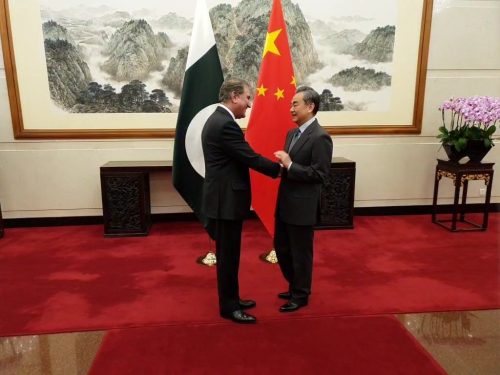 He noted the important progress made on CPEC during the 8th meeting of JCC held in Beijing on Thursday last.

Foreign Minister Qureshi underscored that the ‘All-Weather Strategic Cooperative Partnership’ between Pakistan and China is deeply rooted in mutual trust and respect.

He said that China attaches paramount importance to its relations with Pakistan and underlined that time-tested partnership between two countries is based on mutual respect, trust and strong bonds of friendship. 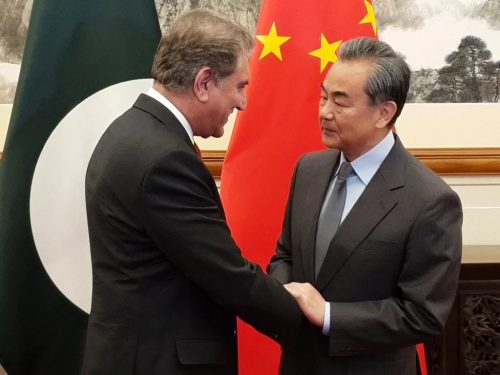 Both the leaders agreed that the highly successful visit of Prime Minister Imran Khan set the tone for further expanding the time-tested friendship between Pakistan and China.

They noted with satisfaction the bilateral cooperation at multilateral fora and emphasized the need to further deepen communication and coordination at all levels.

He will also visit Russia where he will exchange views on bilateral relations of these countries with Pakistan.

They discussed the bilateral relations and the regional situation. Foreign Secretary Tehmina Janjua and other members of the delegation were also present in the meeting.

The minister said that Pakistan desires to further promote its political and economic ties with Iran. He said improving relation with all neighbors is corner stone of Pakistan’s foreign policy.

Earlier from Iran visit, the foreign minister completed the first phase of his three-day visit to four countries. He visited Afghanistan and held delegation level talks with FM Salahuddin Rabbani. They discussed issues of mutual interest, progress on Afghan peace and reconciliation process and economic and trade issues between the two countries.

Foreign Secretary Tehmina Janjua and higher officials of the foreign ministry are accompanying him.