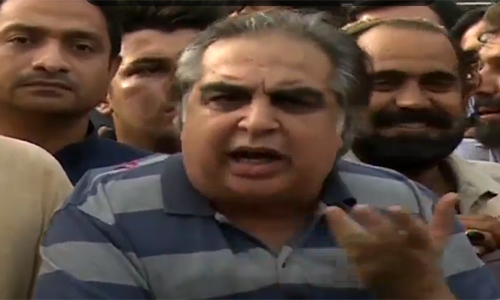 KARACHI (92 News) – The Pakistan Tehreek-e-Insaf (PTI) has demanded foolproof security for party chairman Imran Khan’s visit to Karachi on April 9. In letters to the IG Sindh and the DG Rangers on Saturday, Imran Ismail, a PTI candidate from NA-246 in the by-polls, demanded that Rangers and police personnel should be deployed for the foolproof security. Later addressing the workers, he said that they will hold the biggest meeting of history on April 19. He said that they will register the case against MQM chief Altaf Hussain in London if any PTI worker harmed.