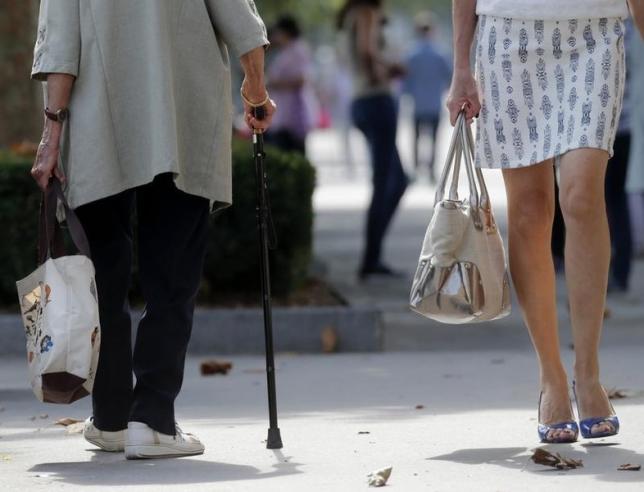 CALIFORNIA - For nursing home residents, surgery to improve blood flow to the legs yields only limited improvements in mobility, according to a new study. Knowing that so-called lower extremity revascularization may not improve mobility allows doctors, patients and families to have more realistic discussions about outcomes of the operation, said Dr. Emily Finlayson, the study’s senior author from the Philip R. Lee Institute for Health Policy Studies at the University of California, San Francisco. “I think the importance of the study is that people can be sanguine of the benefits of this operation in this population,” said Finlayson. The nearly 11,000 nursing home residents in the study had a problem called peripheral artery disease, which results when arteries in the legs are clogged and blood flow is reduced. Pain, trouble walking, poor wound healing, and even gangrene can result. To treat the condition, the residents underwent lower extremity revascularization between 2005 and 2009, at an average age of 82. Surgeons replaced or reopened their leg arteries with a small balloon to improve blood flow. Before surgery, three quarters of the residents could not walk, and 40 percent had experienced a decline in overall function, the authors reported in JAMA Internal Medicine. A year after surgery, more than half the people had died. Rates of death or immobility were 63 percent among patients who were able to walk before the operation, and 89 percent among those who couldn’t walk before surgery. Also at one year, a third had a steady decline in function. Being 80 years old or older, having cognitive impairment, congestive heart failure, kidney failure, needing emergency surgery, not being able to walk before surgery or declining activities of daily living were each tied to an increased risk of dying or not being able to walk after lower extremity revascularization, the researchers write. By traditional measures, such as the ability to walk, the surgeries were largely unsuccessful, said Finlayson. But she said the results should be interpreted with caution. “You have to back up and think of the other potential goals of the operation,” she said. For example, the goal of the operation may be to relieve severe pain in a patient who has a limited life expectancy. As an alternative, some people may do better with skilled wound care, Finlayson said. Or in some cases an amputation may be a better choice. “These are all things that should be on the table when you’re discussing options to treat this condition in this population,” she said. In an editorial, Dr. William Hall of the University of Rochester School of Medicine in New York noted that many of the nursing home residents in the study’s dataset could not walk before the surgery. He wrote that “most of the procedures were probably performed for relief of symptoms secondary to ischemic leg pain, non-healing wounds or worsening gangrene.” In those cases, the procedure can be viewed as a way to relieve pain or discomfort – not a way to extend life or improve the ability to walk. Finlayson said the information in the new study can be used to help patient make decisions and receive care that’s in line with their goals. - Reuters