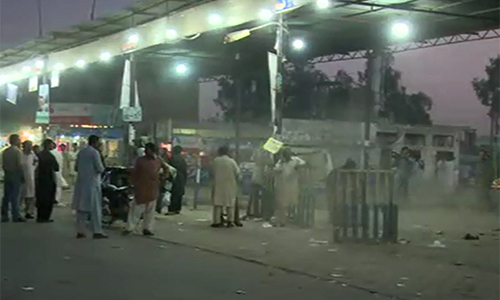 FAISALABAD (92 News) – The district administration has sealed the van stand owned by former provincial minister Ch Zaheeruddin of the Pakistan Muslim League-Quaid (PML-Q) on Wednesday. When contacted, Ch Zaheeruddin said that it was a revengeful activity. “I have fulfilled all the rules and regulations. I am paying all the taxes. The administration has sealed the van stand without any notice,” he added. He said that he would move court against this illegal act.