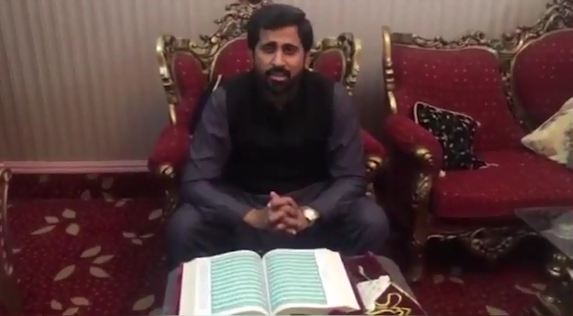 ISLAMABAD (92 News) – Pakistan Tehreek-e-Insaf leader Fiazul Hassan Chohan has on Sunday released a video addressing chairman Imran Khan, alleging corruption in the party. Taking oath upon the Holy Quran, Chohan said that that he never accepted cash and gratuities while distributing tickets for local government elections and he never thought of even taking money. He said that he was accused by Sheikh Rashid, who was never loyal to anyone, and said that if he is lying his both wives get divorced. Fiazul Hassan said that Sheikh Rasheed has been behind my dismissal and that he is destroying PTI. Earlier Imran Khan has fired Fiazul Hassan Chohan along with two others PTI organizers over favoritism in giving electoral tickets.