Four arrested for killing boy after molestation a year ago 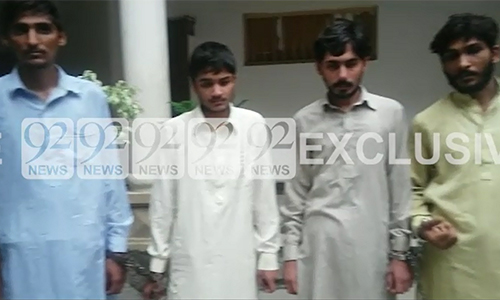 Four arrested for killing boy after molestation a year ago

LAHORE (92 News) – The police have arrested four accused involved in killing a 14-year-old boy after molestation a year ago in the Ghaziabad police limits. According to the police, Umair Javed, Saif Ahmed, Amir Shah and Zulfiqar had kidnapped, molested and killed Ali Raza. During the investigation, the accused have confessed to the crime.