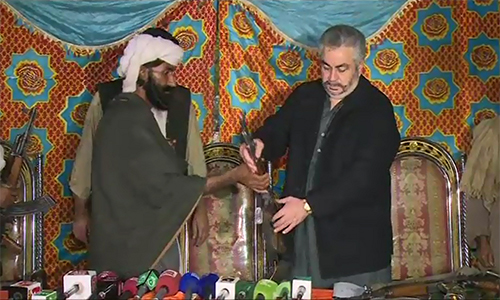 QUETTA (92 News) – Twenty-two Fararis, including four more commanders belonging to a banned outfit, surrendered in Balochistan on Wednesday. They announced to participate in the national mainstream. Some Fararis said that they went astray on the deception of some people. “Now we will play our role in the progress of the country. Provincial Minister Nawabzada Chengez Mari also participated in the ceremony.