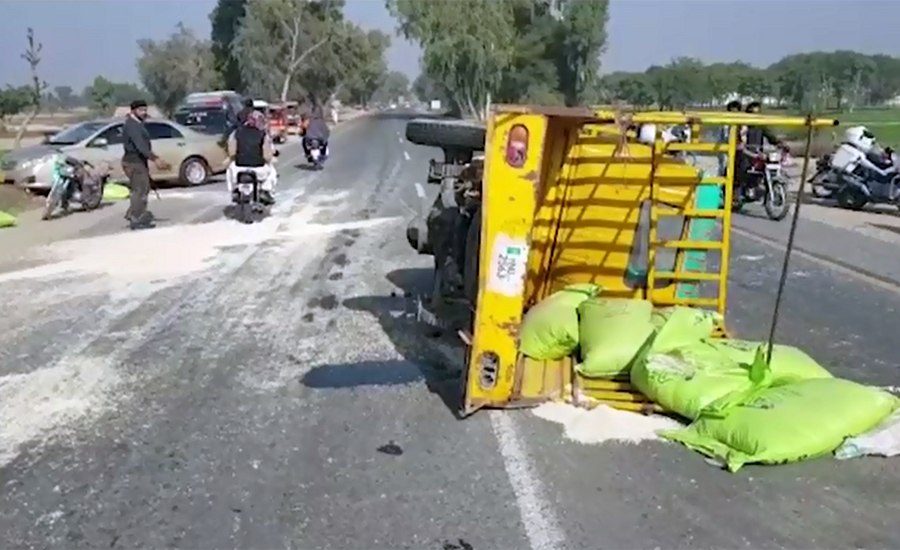 MUZAFFARGARH (92 News) – Four people, including a woman and a child, were killed when a bus hit a rickshaw near Chowk Sarwar Shaheed on Saturday. The deceased belong to a family. The incident occurred due to over speeding. The bodies have been shifted to morgue for autopsy. Punjab Chief Minister Usman Buzdar has sought a report from the administration regarding the report.

GHAZA (Reuters) – Hamas launched rockets at Tel Aviv and toward Jerusalem early on Thursday and Israel vowed to keep pummelling the Islamist faction in Gaza despite a prediction by US President Joe Biden that their fiercest hostilities in years might end soon.

RAWALPINDI (92 News) – As many as 15 passengers were killed and several others injured when a speeding bus turned turtle near Burhan Interchange on Tuesday.

GILGIT (92 News) – Five people were killed and eight others injured when unknown attackers opened fire on a passenger van in Naltar, Gilgit-Baltistan on Thursday.

Dera Ghazi Khan: 17 members of a family drowned after rickshaw falls into canal

DERA GHAZI KHAN (92 News) - As many as 17 people were drowned when a rickshaw fell into the Chashma Right Bank Canal in Dera Ghazi Khan.

MUZAFFARGARH (92 News) – PML-N leader Khawaja Saad Rafique said that they were earlier termed as thieves and now they are being called traitors. Addressing a public meeting on Thursday,

Four soldiers among 16 martyred as landslide hits bus in Skardu

RAWALPINDI (92 News) – Four Pakistan Army soldiers were martyred when a landslide buried a passenger bus in Skardu district of Pakistan s northern Gilgit-Baltistan. According to a statement issued by