Four die as fire erupts at petrol pump in Rawalpindi 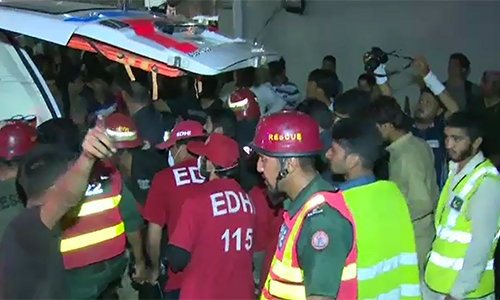 Four die as fire erupts at petrol pump in Rawalpindi

RAWALPINDI (92 News) – Four burnt alive when a fire erupted at a petrol pump in Rawalpindi on Thursday. A woman and two children were among the deceased. Two vehicles and one motorcycle were also damaged. The rescue teams could not reach the site due to a severe traffic mess on roads.