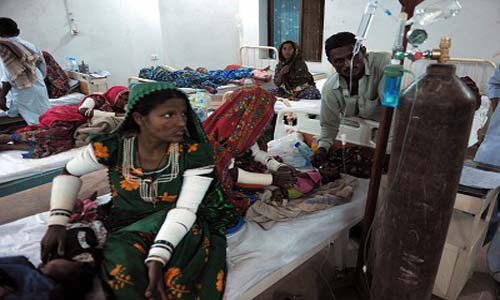 KARACHI (92 News) – Four more children died of malnutrition in the drought-hit Tharparkar on Sunday. Two children died at Mithi Civil Hospital, while Nizamuddin and Yamin died in Chachro. As many as 32 children have died in Tharparkar this month. There is an acute shortage of facilities in the hospitals across the district, which is resulting into an increase in the death rate. No steps have been taken to mitigate the sufferings of children despite tall claims of the Sindh government.