QUETTA (92 News) – As many four policemen, including an assistant sub-inspector (ASI), were martyred in an armed attack on a police van in Pashtunabad area on Thursday.

Armed attackers opened indiscriminate fire at the police van as it patrolled the area.

As a result, three officials died on the spot, while one lost his life on way to Civil Hospital.

The terrorists fled after the killings.

A heavy contingent of police and Frontier Corps (FC) reached the scene after the incident and cordoned off the area. 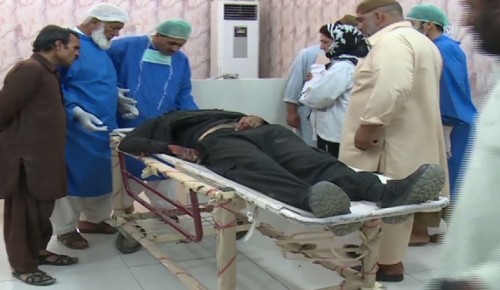