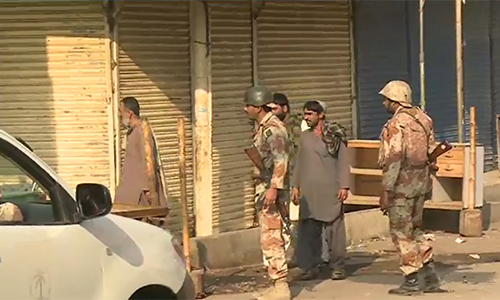 KARACHI (92 News) – The Rangers have arrested four target killers arrested in attacks on police on Monday. They said that the arrested target killers belong to the banned outfits and a political party. On the other hand, three injured accused were arrested after an encounter in Gulistan Johar.