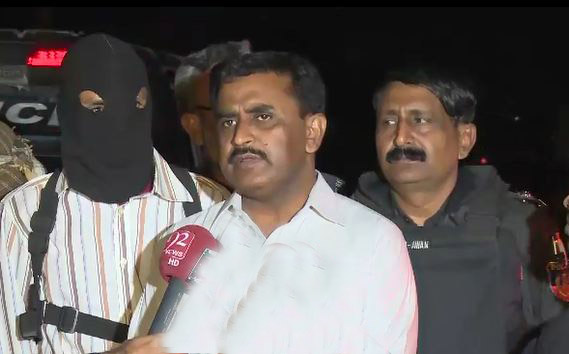 KARACHI (92 News) – At least four terrorists were killed, while two security forces personnel injured during an encounter carried out in Manghopir area by the law-enforcement agencies in the wee hours of Wednesday. As per details, on a tip off the presence of terrorists in the area, Police and Rangers conducted a joint raid in Karachi’s Allah Bachaio Goth. During the raid, the terrorists hiding in the area opened firing, resultantly an Assistant Sub Inspector (ASI) and a Rangers personnel sustained bullet injuries, in retaliation, four terrorists were killed and recovered weapons and explosives from their possession. The killed terrorists belonged to a banned terrorist organization, while the bodies were shifted to hospital.