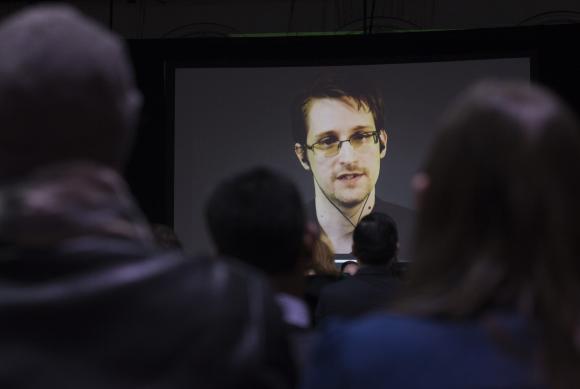 MOSCOW (Reuters) - A Russian lawyer for Edward Snowden said on Tuesday the fugitive former US spy agency contractor who leaked details of the government's mass surveillance programs was working with American and German lawyers to return home. Anatoly Kucherena, who has links to the Kremlin, was speaking at a news conference to present a book he has written about his client. Moscow granted Snowden asylum in 2013, straining already tense ties with Washington. "I won't keep it secret that he... wants to return back home. And we are doing everything possible now to solve this issue. There is a group of US lawyers, there is also a group of German lawyers and I'm dealing with it on the Russian side." The United States wants Snowden to stand trial for leaking extensive secrets of electronic surveillance programs by the National Security Agency (NSA). Russia has repeatedly refused to extradite him. Snowden has said in the past he would like to return home if he was assured he would be given a fair trial. A deeply divisive figure, Snowden is praised by some as a civil rights campaigner and whistleblower and condemned by others as a traitor who had compromised US security. Kucherena said last August Snowden had been granted a three-year residence permit in Russia.