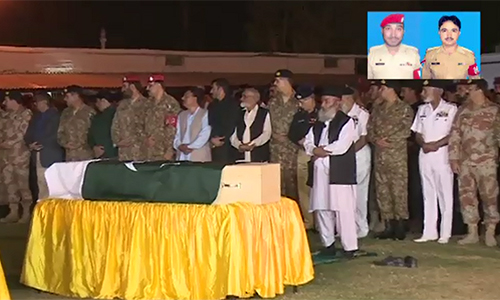 Lance Naik Rasheed and Havaldar Arshad embraced martyrdom when terrorists opened fire on their vehicle on MA Jinnah Road. Four shells of a 9MM rifle were recovered from the site.