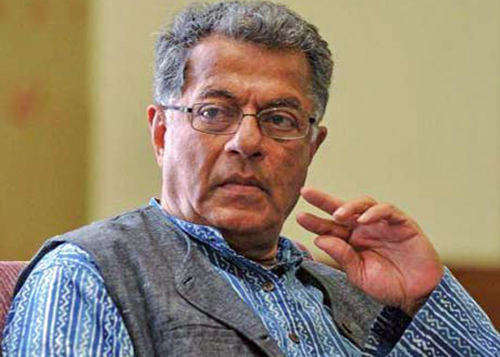 BENGALURU (92 News) – Playwright Girish Karnad has been threatened he would meet the same end as murdered writer MM Kalburgi for demanding renaming of the Kempegowda International airport after Tipu Sultan. Later, Bengaluru police received a complaint against him for "insulting Hindus and the Vokkaliga community (Kempegowda belonged to it) and disrupting social harmony". Karnad had made the controversial statement during the state government-sponsored Tipu Jayanti celebrations. There have been protests in several parts of Karnataka against the celebrations, some of which turned violent. In Madikeri, a VHP sympathiser died during a clash on Tuesday. A 26-year-old man who sustained a bullet wound on his head during police firing succumbed on Wednesday. Following the controversy, the Jnanpith award winner issued a public apology: "If anybody has been hurt by my remarks, I apologize.... What will I gain by giving such comments?" Speaking about the threat to Karnad, a senior police officer said, "A tweet was posted by someone with the user name Intolerant Chandra.... We are aware of the tweet and action will be taken if necessary and if a complaint is lodged." The tweet, later deleted by the user, read: "Girish Karnad will meet the same end like kalburgi if he enrages kannadigas by replacing in Kempe gouda (sic) with Tipu Sultan."