Girl thrown from upper storey after ‘rape’ in Rawalpindi 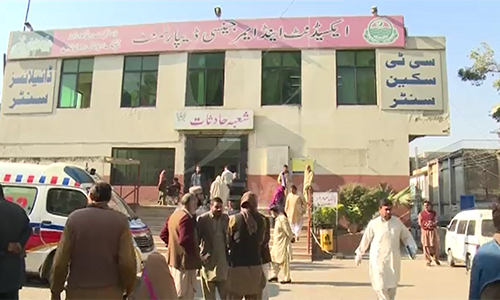 Girl thrown from upper storey after ‘rape’ in Rawalpindi

RAWALPINDI (92 News) – A girl was thrown from the upper storey of a plaza after allegedly being raped in Bahria Town Phase VIII, Rawalpindi, on Saturday. The body has been handed over to the family after the autopsy. Later, she was buried in Chakwal. The police said that the girl had contacted the accused Umair through Facebook. The police have arrested one of the accused. The police have sent the samples to a laboratory for the DNA tests. They said that Umair had detained three days ago. "The girl's family knew about the matter, but they did not inform the police," they said. They said that Umair wanted to forcibly tie the knot with her and taken her to the flat.