Glenn Maxwell keen on being a containing bowler

SYDNEY (92 News) – Australia all-rounder Glenn Maxwell has opened up about his role with the ball, saying that he is not fazed about getting hit as long as he’s delivering the right kind of balls.

Maxwell has begun to take on a more prominent role with the ball lately, as evidenced during Australia’s one-day international series’ in India and in the United Arab Emirates against Pakistan, where he bowled 64 overs across nine innings. He is now set to be a key supporting option at the ICC Men’s Cricket World Cup 2019.

Wrist-spinner Adam Zampa will be Australia’s first-choice specialist spinner, and with Maxwell in the form of his life with the bat, he is likely to be Australia’s go-to secondary spinner, with his off-spin, which could leave no room for Nathan Lyon.

“Try not to get hit for six most of the time,” Maxwell said jokingly on his role with the ball. “For me, I suppose, a lot of the time that I bowl, I just try to limit the boundary balls. As long as I’m doing that, if they hit some good shots off my bowling, I’m not too fazed. If I’m limiting the boundary balls and giving myself the best chance to squeeze a few dot balls, bowl a couple of tight overs, it might create a bit of pressure at the other end.”

I have expectations on myself to finish off games and be the guy who’s standing there at the end of the game and making sure that we win the game.

Following the India and UAE tours, Maxwell went over to England instead of Indian Premier League, and used the time to ready himself for the World Cup and the Ashes series that follows it. His county stint included six List A games with Lancashire at the One-Day Cup, in which he took eight wickets while maintaining an economy rate of 5.62: pretty handy numbers for a part-time spinner.

“I think it’s important for me to just bowl in a partnership with someone,” he said. “That’s probably the clarity I have in my role, and it’s something I did a bit in Dubai [against Pakistan] and India, and started to get a few more overs, a bit more consistency… To have that continue into my time at Lancashire, where I got plenty of time at the bowling crease, you get that rhythm, you get that feel of the ball coming out consistently. You need that as a part-time bowler, to have that consistency of time at the crease and get a few of the cobwebs out, I suppose.” 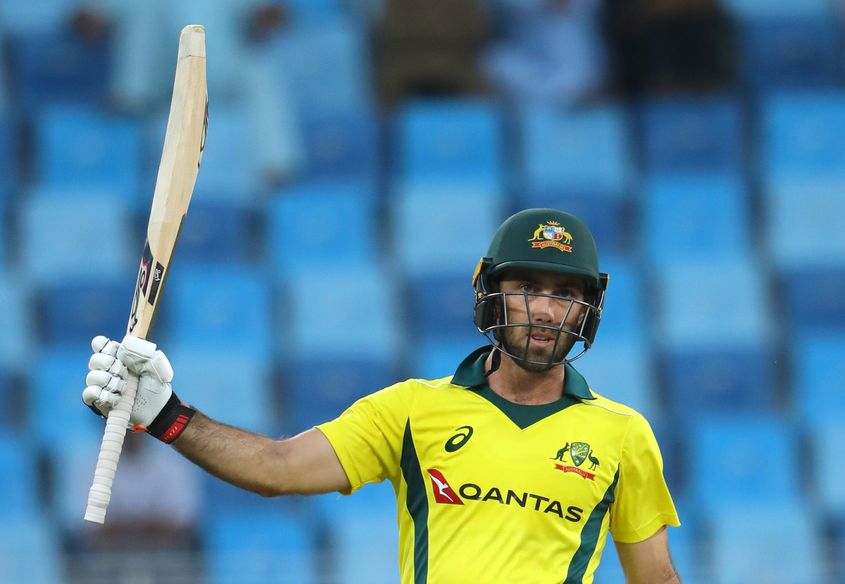 Maxwell’s calculated aggression has made him a more dangerous batsman

Maxwell has also added layers to his batting, showing an element of calculation that was previously missing. In 13 ODIs this year, Maxwell has made 458 runs, averaging 41.63 – markedly higher than his career average of 33.33 – and striking at 126.51. He indicated that his role at the World Cup would require him to show more such adaptability.

“I suppose my role in the team is to adapt to whatever start we have, whether it be we get off to a flyer or we’ve lost a few early wickets. It’s just to adapt to whatever I get thrown into,” he said. “I just want to have an impact on games in a really positive way and be able to control the back end.

“I have expectations on myself to finish off games and be the guy who’s standing there at the end of the game and making sure that we win the game.”