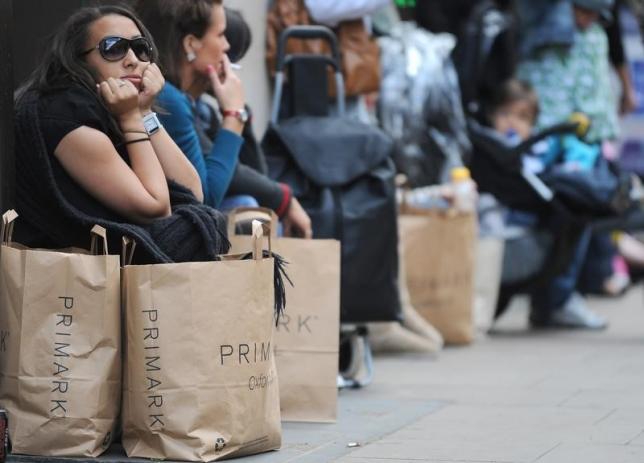 LONDON - British consumer morale eased in July as concerns about Greece and the global economy weighed on Britons' outlook for the economic situation over the next year, a survey showed on Friday. Household spending, a key driver of the country's strong economic recovery, was weak at the beginning of 2015. But rising wages and zero inflation has increased consumers' disposable income, boosting morale to its highest in over 15 years in June. The GfK monthly sentiment index fell to +4 in July after jumping to +7 last month -- the highest since January 2000. "In part, driven by anxiety over the potential Grexit melt-down and global uncertainty, consumers are feeling less secure about wider economic prospects for the country as a whole this month," Joe Staton, an executive at market research company GfK said. Britons were slightly more upbeat about their financial situation over the next year but were more pessimistic about the general economic situation over the same timeframe. The index measuring the latter fell to -1 in July from +4 in June -- its lowest since January. Greece came close to a complete financial collapse last month, while the Chinese stock market recently plunged on concerns about the country's long-term growth prospects. Britain's economic growth recovered in the second quarter but the strength of the pound hurt manufacturers. "Overall, despite this month's dip, the underlying message is strong," said Staton. -Reuters