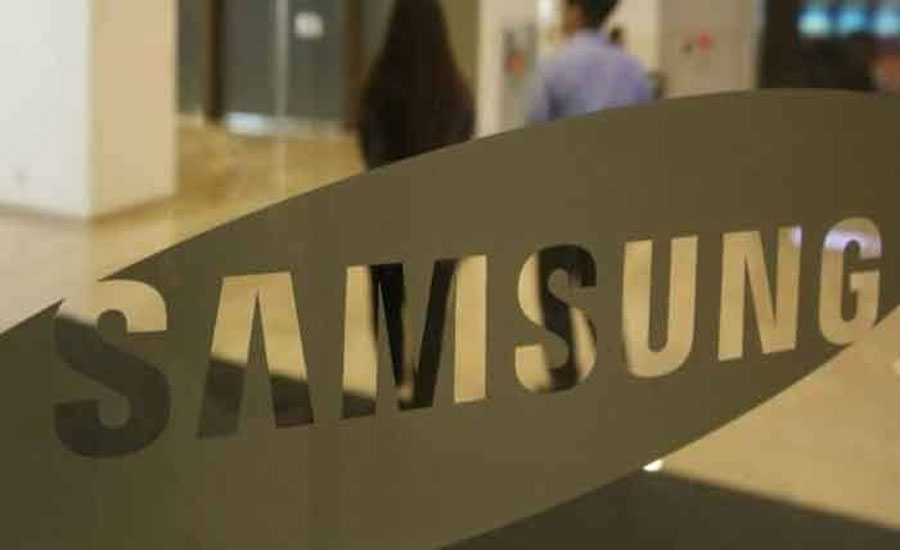 SEOUL - The operating profit of Samsung Electronics witnessed more than 50 percent drop in the third quarter amid a continued slump in the global chip market, the company said in a statement on Tuesday. Operating profit for July to September was expected to reach 7.7 trillion won ($6.4 billion), down 56.2 percent from a year earlier, the world's largest maker of smartphones and memory chips further said.
It marks the fourth consecutive quarter in which the South Korean tech company has recorded a profit drop in the face of falling semiconductor prices and weakened demand for its mobile devices. Sales for the third quarter were expected to reach around 62 trillion won, down 5.3 percent from the same period last year. Samsung withholds net profit and sector-by-sector business performance until it releases its final earnings report, which is expected later this month. The firm is the flagship subsidiary of the giant Samsung Group, by far the biggest of the family-controlled conglomerates that dominate business in the world's 11th-largest economy, and it is crucial to South Korea's economic health. Analysts voiced optimism for the coming months, noting that falling inventory levels for semiconductors -- which account for more than half of Samsung's profit -- will help stabilise chip prices after double-digit drops this year.

In the mobile business, Samsung took advantage of the US trade ban against Chinese rival Huawei, "replacing a strong competitor in crisis" with its mid-to-low tier Galaxy A handsets, said Sujeong Lim, an analyst at Counterpoint Research. "The new A series has turned out to be an effective weapon to take share from its Android competitors," she said. The South Korean tech titan leads the global smartphone market with a 23-percent share of the sector, trailed by Chinese competitors Huawei and Oppo, with Apple in fourth place, according to sales tracker IHS Markit. Samsung appealed to high-end users with the launch of its first foldable smartphone last month after faulty screens forced an embarrassing delay in April. The firm also rolled out its flagship Note 10 devices which analysts say have sold far better than its previous models, giving Samsung a much-needed boost in its mobile sales. The premium smartphone market has grown fiercely competitive and overall sales have cooled as a lack of major innovation has caused people to wait longer before upgrading to new models. Samsung has also been caught up in a trade war between Japan and South Korea stemming from World War II disputes. The row saw Tokyo impose tough restrictions on exports crucial to South Korean tech giants in July, and Samsung vice chairman Lee Jae-yong -- who called the situation a "crisis" -- has visited Tokyo to secure materials. Adding to Samsung's woes, Lee is currently facing retrial over his role in a massive corruption scandal that brought down former president Park Geun-hye. He was initially jailed for five years in 2017 on multiple convictions including bribery, which was reduced to a suspended sentence on appeal, only for the Supreme Court in August to order a retrial. The first hearings in the case are expected later this month. SOURCE: AFP

NEW YORK (AFP) - Google and Samsung said they were teaming up on a joint software platform for smartwatches and other wearables in a move ramping up competition with market leader Apple.

SEOUL (Reuters) – Samsung Electronics Co Ltd (005930.KS) could begin construction of a planned $17 billion US chip plant in the third quarter of this year with a target to be operational in 2024, a South Korean newspaper reported late on Monday.

YEREVAN/BAKU (Reuters) - Fighting escalated sharply on Monday between Azerbaijan and its ethnic Armenian mountain enclave of Nagorno-Karabakh, and at least 55 people were killed in a second day of

Threat to evacuate US diplomats from Iraq raises fear of war

BAGHDAD (Reuters) - Washington has made preparations to withdraw diplomats from Iraq after warning Baghdad it could shut its embassy, two Iraqi officials and two Western diplomats said, a step

WASHINGTON (Reuters) - More than one million people have died of COVID-19 around the world as of Tuesday, according to a Reuters tally, with the pace of fatalities picking up

YEREVAN/BAKU (Reuters) – Armenian and Azeri forces exchanged fierce fire for a second day on Monday over the territory of Nagorno-Karabakh, with the sides accusing each other of using heavy