Gold demand in Asia picks up due to lower prices 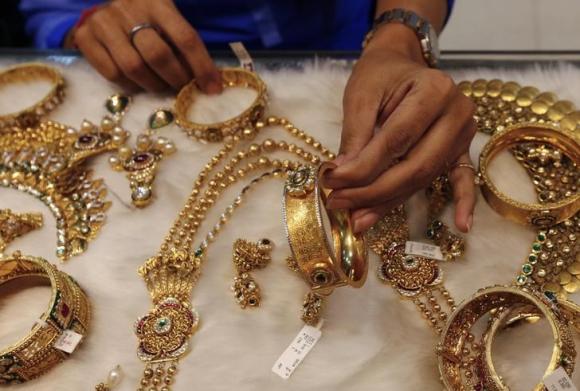 Gold demand in Asia picks up due to lower prices

SINGAPORE - Demand for gold picked up across Asia this week as bullion prices dropped to their lowest level in three months after the longest losing streak in more than 40 years, but caution still prevailed, traders said. Gold, trading at about $1,158 an ounce on Friday, touched $1,147.10 on Wednesday, the lowest since December 1. The metal fell for nine straight sessions to Thursday, the longest losing streak since 1973. The lower prices attracted bargain-hunters across Asia, the top consuming region, although wariness over the price outlook kept a lid on purchases. In top consumer India, premiums remained largely unchanged from last week's levels at about $1.50 to $2.50 an ounce. "Demand has increased a little bit because of the drop in prices but there is no big rush," said Bachhraj Bamalwa, director at the All India Gems and Jewellery Trade Federation. "This is the last month of the financial year so there is some liquidity crunch in the market. That is quite seasonal, but that's also curbing some purchases," he said. Indian demand could pick up pace next month with the onset of the wedding season. The festival of Akshaya Tritaya, considered an auspicious time to buy gold, could also boost demand and imports in April, he said. In second-biggest consumer China, premiums on the Shanghai Gold Exchange, the platform over which all Chinese physical trades are conducted, was steady on last week's levels at about $4-$5, though some noted that volumes had slowed recently. "For now physical demand is still about, but it is slowing, with turnover through the SGE gradually coming lower since Chinese New Year," said Alex Thorndike, senior precious metals dealer at MKS Group. Chinese consumers usually purchase gold for the new year holiday as gifts and demand tends to slow after that. In the other major trading hubs, Hong Kong and Singapore, premiums edged up to about $1.30 an ounce. In Tokyo, premiums were about 50 cents to $1. "We are seeing steady buying but it is not an aggressive response to the price drop," said a dealer in Hong Kong. "The strength in the dollar is a factor preventing some people, while others are also holding back expecting more declines." The dollar is trading close to its highest in nearly 12 years against a basket of major currencies. A stronger greenback makes dollar-denominated gold more expensive for holders of other currencies. –Reuters