Gold edges towards 3-month low on US rate view 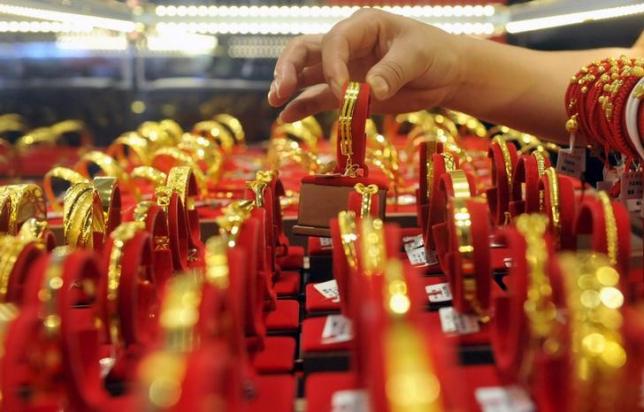 Gold edges towards 3-month low on US rate view

LONDON – Gold edged towards a three-month low on Wednesday, failing to benefit from a lower dollar, as pressure from an anticipated U.S. rate hike as soon as next month persisted. Spot gold was unchanged on the day at $1,089.08 an ounce by 1102 GMT. Increasing bets the U.S. Federal Reserve would raise interest rates in December for the first time in nearly a decade sent bullion, a non-interest-paying asset, to $1,084.90 an ounce on Friday, the lowest since August. It has been hovering around there since then and is seen vulnerable to further declines, with the next support at its 5-1/2-year trough of $1,077 hit in July. "If there a December rate hike, the next question is what's the path, is the Fed going for at least three further increases of 25 basis points but the end of 2016," Societe Generale analyst Robin Bhar said. "In that case, gold will definitely see a move down towards $1,050." The dollar index fell 0.3 percent against a basket of leading currencies, after hitting a seven-month high in the previous session. A robust U.S. nonfarm payrolls report on Friday has strengthened the conviction of economists who have been forecasting a December interest rate increase, according to a Reuters poll published on Tuesday. Assets in SPDR Gold Trust, the top gold-backed exchange-traded fund (ETF), fell to 663.43 tonnes on Tuesday - the lowest since September 2008 when Lehman Brothers filed for bankruptcy kicking off a global financial crisis. "The ETF market is suggesting more pain (for gold) in coming days," ANZ said in a note. "A looser ECB and tighter Fed may not be entirely priced into gold and we could see further downside," HSBC said in a note. "Still, we sense sellers may be puttering out of momentum." A consensus was forming at the European Central Bank to cut the deposit rate further, to weaken the euro and push inflation, four governing council members said. ECB chief Mario Draghi is expected to speak at 1315 GMT in London. Gold's recent sharp decline has stoked some physical demand in top consumer Asia. Premiums on the Shanghai Gold Exchange, an indicator of demand in China, were at a healthy $4-$5 an ounce on Wednesday. Sustained physical demand could provide a floor for declining gold prices. Palladium was up 0.1 percent at $595.45 an ounce. Silver fell 0.1 percent to $14.40 an ounce, after touching a two-month low in the previous session and platinum was down 0.1 percent to $897.65 an ounce. –Reuters