Golf: Stacy Lewis vaults into tie for lead in Portland 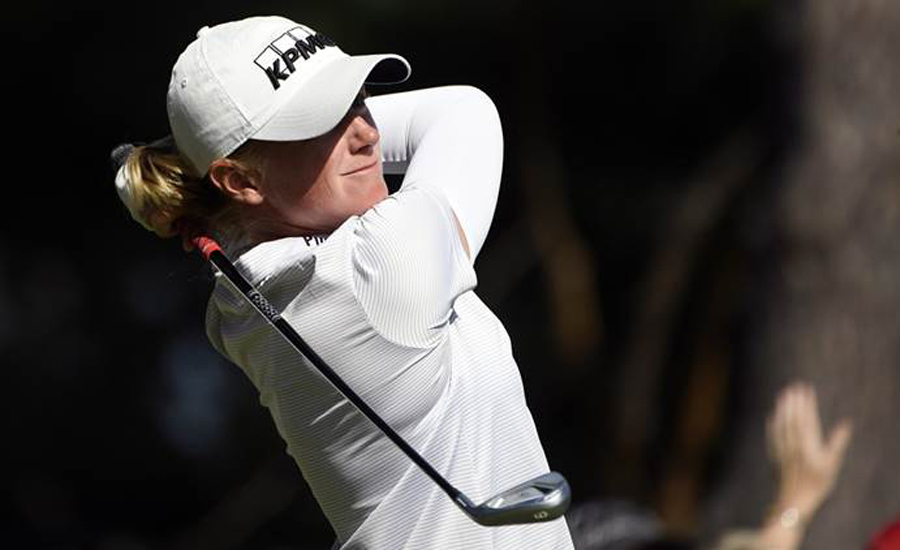 PORTLAND (Reuters) - Stacy Lewis shot an 8-under-par 64 on Friday to move into a three-way tie for the lead after two rounds of the LPGA Cambia Portland Classic in Portland, Ore.

Lewis has a two-round total of 10-under 134, which leaves her in a tie with first-round leader In Gee Chun of Korea, who shot a 4-under 68 on Friday, and 19-year-old Canadian Brooke Henderson, who shot a 67.

Those three are two shots ahead of the rest of the field, with Jodi Ewart Shadoff of England (67), Ai Miyazato of Japan (67) and Moriya Jutanugarn of Thailand (69) tied for fourth at 8 under.

Lewis carded eight birdies and no bogeys in her round, which she considered one of her best of the year.

”I think, one, the golf course was softer this morning; the greens rolled a lot better; and then my swing felt a lot better,“ Lewis said regarding her one-day improvement. ”Kind of found something after the round yesterday; obviously felt a lot better out there. Felt like really any hole I could make birdie on.

“It was probably one of the easiest rounds of the year, to be honest. Kind of had a lot of rounds where I was having to fight through it. It was one that I just felt like I could make a lot of birdies. Haven’t felt that way in a while, so it was really nice.”

Lewis was not shy about saying how important winning this event would be.

“It would honestly probably be one of the most special,” she said. “It would probably be up there with a major. That was the goal to start the week, was to take a big check home.”

Miyazato announced earlier this year that she is retiring, and this tournament is her last official event on American soil as a full-time member.

”I‘m glad I made the decision, though, actually,“ she said. ”I was kind struggling to make the decision last few years. Even though after I announced my retirement I’ve been really happy and, you know, I’ve been really positive about my game and trying to enjoy best as much as I could out there.

“I’ve been playing really good, so it’s not a surprise to me these scores today.”

Sitting at 7-under are Kim Kaufman, Candie Kung (69) and Nasa Hataoka of Japan (70). Kaufman moved up a from a tie for 73rd after the first round by shooting a 7-under 65.