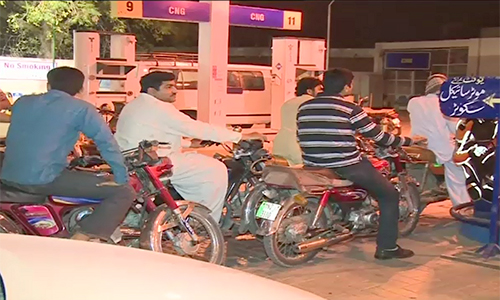 ISLAMABAD (92 News) – The government has rejected the summary sent by the Oil and Gas Regulatory Authority (OGRA), announcing a cut of Rs 1.03 per litre in the petrol price instead of the proposed Rs 2.69. High-speed diesel has been reduced by Rs 2.80 per litre instead of the proposed Rs 5.50 per litre. The decrease in the petrol prices will be implemented from Friday night. The OGRA had proposed the decrease in the prices of POL products.