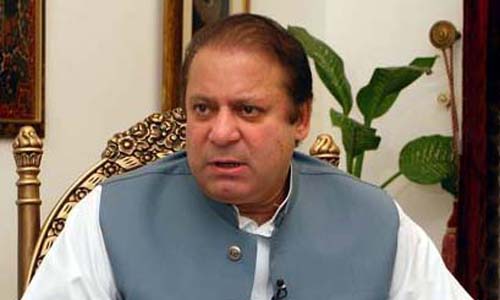 SWAT (92 News) – Prime Minister Nawaz Sharif has on Saturday said that payment of compensation to families of those killed in recent earthquake has been completed. Addressing quake victims at Barikot in Swat on Saturday, he said the federal government in consultation with the Khyber Pakhtunkhwa government firmed up the compensation package for the victims soon after the calamity. Talking to media the prime minister said that the government will not leave the quake victims alone. He said that Rs 200,000 will be given to the owner of the damaged house, adding that the process of payment of compensation has completed fast. The Prime Minister said that he visited quake-affected areas soon after the calamity and he will be visiting more areas in coming days to personally monitor the compensation payment process. He said every possible assistance will be provided to the affectees. Nawaz Sharif further condemned the terror attack in Paris and said that Pakistan will play its role to rid the world of this menace.