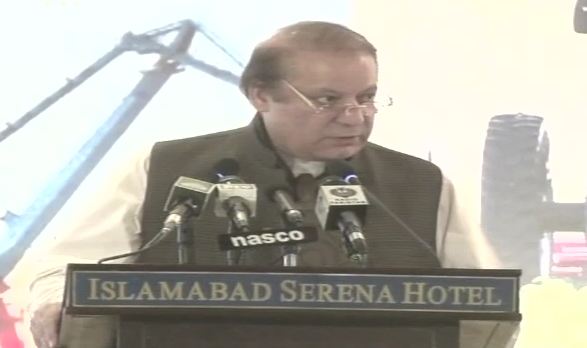 ISLAMABAD (92 News) – Prime Minister Nawaz Sharif has on Wednesday said that the government has been pursuing projects with full transparency and the ongoing power projects will end loadshedding in the country. Addressing the Pakistan Investment Conference in Islamabad today, he said steps have been taken to end load shedding by 2017. Nawaz Sharif said that he was happy to inaugurate 2nd International Investment Conference, adding that the government has achieved important targets. The prime minister said that the new projects will create employment, while Rs 480 billion has been paid in circular debt and gas pipeline project with Russia has been inaugurated. Nawaz said that the recent success of ruling party PML-N in the local bodies’ elections reflects belief of people on the government. The prime minister said that the present government is focusing to enhance economic growth and eliminate terrorism to attract foreign investment in the country.