Govt should present four budgets in a year to become a unique model, Syed Khurshid Shah 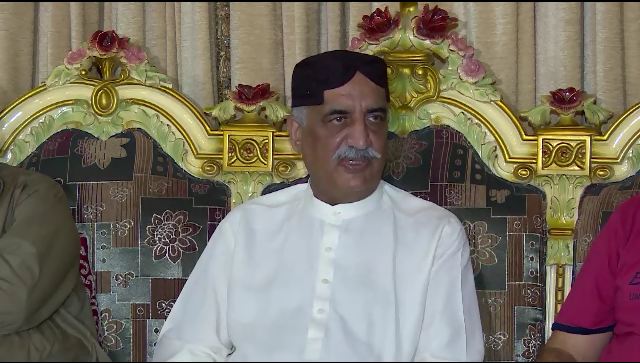 Govt should present four budgets in a year to become a unique model, Syed Khurshid Shah

SUKKUR (92 News) – Opposition leader in the National Assembly Syed Khurshid Shah has on Sunday while criticizing the government said that the government is presenting budget on daily basis on the behalf of International Monetary Fund (IMF). Talking to media after visiting Civil hospital in Sukkur on Sunday, the Pakistan People’s Party leader said that to show it self a unique model in the world, Pakistan should present four budgets in a year to escape allegations of incapable government. He said that the Prime Minister Nawaz Sharif had assured to eliminate loadshedding in three months but the time frame continues to increase and neither the government could do eliminate electricity crisis nor it could do anything for laborers. “The government to start coal project in Sindh as the province is also a part of the country,” he advised. Answering a question Khurshid Shah said that whoever loses in elections use the word best word rigging for face saving, adding that the PPP will take advantage of the poor performance of the government in the 2018 general electioins. He said that he doesn’t know why local bodies minister municipalities minister Nasir Hussain Shah was removed from his post, adding that the standard of health and education needs to be prioritized.