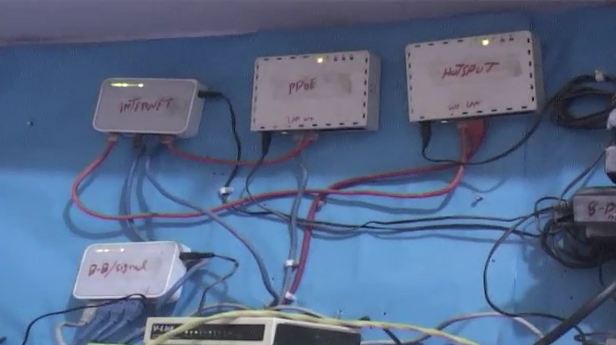 GUJRANWALA (92 News) – The Federal Investigation Authority (FIA) has on Wednesday conducted a raid in Gujranwala and busted a gateway exchange and seized latest devices and other equipments. As per details, a team of FIA carried out a raid at a house in Bhatti Bhango near Nandipur Power Project and seized a gateway exchange run by a man namely Tariq for the past couple of years. According to initial investigation, the evidence of contacts with other countries including Afghanistan through this automatic gateway exchange have also been found. The seized exchange was capable of calling on 100,000 connections and to provide internet facility within the range of 30 kilometers, however the raiding team seized latest equipment but the accused managed to flee. The raiding team has launched operation for the arrest of the accused.