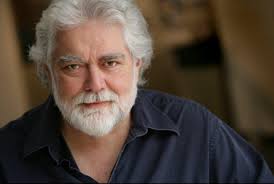 LOS ANGELES - Gunnar Hansen, who played the mentally disturbed masked killer in the chilling 1974 film "The Texas Chain Saw Massacre," has died of pancreatic cancer at age 68, his agent said. Hansen's character, Leatherface, “is one of the most iconic evil figures in the history of cinema," the agent, Mike Eisenstadt, said in a statement. The character murders several people in a house and uses a chain saw on some of his victims in the low-budget horror film. A native of Iceland, Hansen lived in Maine for the past 40 years, working mostly as a writer and actor, Eisenstadt said. Hansen is survived by his partner of 13 years, Betty Tower. Hansen recently published a memoir, “Chain Saw Confidential,” giving readers what Eisenstadt called a behind-the-scenes look at the making of "The Texas Chain Saw Massacre." Before he died, Hansen had started pre-production of a film called "Death House" that he created, wrote and produced, Eisenstadt said. It will be produced early next year in his memory, he said. -Reuters