As per details, the former scientist said that he was robbed of three million rupees after hackers infiltrated his bank account. He said that he had approached the bank and FIA but the two organisations did address his complaint.

Meanwhile, the former KRL chief scientist has approached the Supreme Court seeking the chief justice to take notice of this bank fraud. He said that Rs3 million were withdrawn from his pension account on October 25 and 26.

“I have been robbed of my entire life’s hard work,” he said demanding from CJP Saqib Nisar to bring the culprits to book.

A gang has been conducting series of robberies in banks situated in the metropolis’ central district, it emerged on Monday. The gang members can be seen in the CCTV footage who were involved in looting banks in Ayesha Manzil, Tahir Villa, Gulberg and other areas, police said. 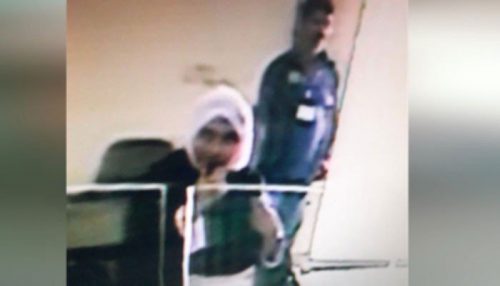 Earlier, in a cyber attack millions of rupees were stolen from a local bank’s credit cards and ATMs. Following this incident, the State Bank of Pakistan had put temporary restrictions on overseas transactions.